Posted on September 4, 2012 by ohioastrology

What’s the most rebellious sign of the zodiac? For me, rebelliousness is independence with a bumper sticker. One of my votes for most independent sign goes to Aquarius (Sagittarius ranks high too).

What if you have both sun and moon in Aquarius?

That makes you independent to the point you might want to move to Uranus (the planet that rules Aquarius). I think it was Jeanne Avery who said of Aquarius that it’s the sign that says, “Stop the world and let me off.”

To Aquarius, the world is a nutty place. To the world, Aquarius is the weird one.

What do you think?

Henry Rollins, former lead singer of the band Black Flag, has sun and moon in Aquarius. His moon could be in Pisces, but his intensity suggests that he has a double dose of a fixed sign (Aquarius is fixed air). 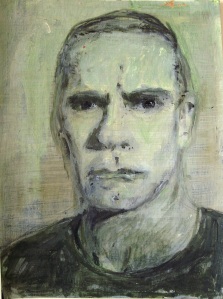 Jupiter is social convention. Saturn represents the rules that uphold the convention. In Capricorn, these individuals grew up hearing, “This is how you SHOULD do things,” and “What will the neighbors think?”

In response, sensitive souls with sun in Cancer or Pisces might very well alter their lives to the liking of the neighbors. Those born under more rebellious signs, say Aquarius, smash the neighbors’ Halloween pumpkin and steal their lawn ornaments in response.

By the way, the band “Smashing Pumpkins” was formed by a man with the 1967 Uranus/Pluto opposite Saturn aspect – another “stick it to the man” formation in the skies.

Rollins has two planets in Aquarius and two in Capricorn; neither sign near what is called “emotional.” Rollins has some ideas for a better society and you ought to listen. If you don’t, he will simply repeat it for you – again and again.

But he’s not totally unemotional under those tattoos – Rollins also happens to have a grand water trine with Mars in Cancer, Neptune in Scorpio and Mercury in Pisces. He’s driven by emotions but swayed by logic and reason.

Venus in Aries is, for me, the image I most see when looking at a photo of Rollins – intense, physical, sexy aggression – the kind of aggression that separates the men from the boys.

Lastly we have Uranus in Leo and Pluto in Virgo. Pluto in Virgo came to clean up the planet, make us give up Styrofoam cups and is the Official Planetary Sponsor of hand sanitizer.

Uranus in Leo opposes Rollins’ sun in Aquarius adding a slightly quirky edge to an already weird and unique personality.

I wonder if Rollins is trying to get his ship to beam him off this crazy planet?

As Pluto transits Capricorn for the next 20 years, Rollins may find that the world finally knows what he’s been talking about his whole life.

Uranus transiting Aries is tromping on his love life – sudden changes will occur.

Neptune in Pisces is moving toward Rollins’ Mercury in Pisces making an already misunderstood person a little more obtuse. However, as Neptune continues in its own sign, more people will understand what Rollins is on about.

Oh, to be understood – finally!

Now the big question for Rollins – can he handle being understood? What do you do when people finally start to get it?

I'm just another soul trying to make sense of the world. As I've grown, so has my understanding of astrology. I'd like to communicate that astrology is not occult and not fortune-telling but that it is a fluid, creative description of the life we choose to live.
View all posts by ohioastrology →
This entry was posted in Musicians and tagged henry rolling horoscope, henry rollins astrology, independent sign of the zodiac, Ohio astrology, smashing pumpkins astrology. Bookmark the permalink.