Posted on December 20, 2018 by ohioastrology

While reading a biography of late war correspondent Marie Colvin who was killed in 2012 by a targeted explosive device in Syria while covering the early days of the war, I wondered if more journalists are being assassinated. As I often wonder in this world of too-much information, are more journalists being killed or am I just hearing about it more?

According to this Reuters article, it’s true that more journalists are being deliberately killed.

Next question – are journalists being increasingly reviled? Or has that been happening and now I notice? I’m a news junkie and am certainly aware that presidents normally dislike journalists because they are trying to reveal secrets, some which possibly shouldn’t be revealed but many which should. Presidents from Nixon to the current one have either been outspoken in dislike of media (i.e., Presidents Nixon and Trump) or have silently prosecuted them (i.e., President Obama).

Presidents and politicos have reason to dislike journalists, but the average citizen?

While I found several surveys the most recent by the The Associated Press-NORC Center for Public Affairs Research and the American Press Institute revealed something interesting:

There’s some good news about journalism. When Americans are asked about their favorite news organization, a third of them say they trust it more than they did a year ago, while only about 1 in 10 say their level of trust has declined.

Journalism is about communication and is ruled by the planet Mercury. Mercury rules the signs of Gemini and Virgo. Mercury is the mythological messenger of the gods. We are often told not to “kill the messenger” when the message is unpleasant.

Air-sign Gemini is known for its intelligence, articulation and mental agility. The opposite sign, fire-sign Sagittarius, is also interested in information and deriving meaning from the facts. Where Gemini is the journalist, Sagittarius is the philosopher and historian. Gemini reports the facts of the Middle East conflict going on today and Sagittarius writes the opinion piece or history book that explains that the conflict has been continuous for two thousand years.

Earth-sign Virgo is the other sign ruled by Mercury known for analysis and discrimination in earthly matters such as work, health and diet. Its opposite is Pisces known for synthesis and compassion.

Gemini, Sagittarius, Virgo and Pisces are the four mutable signs. Mutable signs are adaptable, flexible and able to change more quickly than the other two modes (cardinal and fixed).

When Pluto, the planet of destruction and transformation, was in Gemini in 1882-1914, mass communication was developed which included radio, newspapers and public schooling. While radio might seem like a trinket in comparison to today’s technology, radio allowed for the first time masses of people to hear the same message at the same time without being in the same location.

After the ability to communicate with the masses came taxes, monetary systems and world wars. There can’t be a “world” war without a world.

Pluto in Gemini was the time of the “muckraker” who was:

… any of a group of American writers identified with pre-World War I reform and exposé literature. The muckrakers provided detailed, accurate journalistic accounts of the political and economic corruption and social hardships caused by the power of big business in a rapidly industrializing United States. The name muckraker was pejorative when used by U.S. President Theodore Roosevelt in his speech of April 14, 1906; he borrowed a passage from John Bunyan’s The Pilgrim’s Progress, which referred to “the Man with the Muckrake…who could look no way but downward.” But muckraker also came to take on favourable connotations of social concern and courageous exposition.

One of the most famous Gilded Age muckrakers was Ida Tarbell who investigated and reported on Standard Oil decrying its monopoly powers which lead to the breakup of the company into several smaller companies.

If Pluto in Gemini heralded a time of communication breakthrough, 180 degrees later (opposite) it begins to look for meaning. Pluto was in Sagittarius from 1995-2008. This period began the rise of smart phones, social media and a host of other communication and financial technologies.

While it’s difficult to find when public security cameras hit the streets, it appears to be the late 1980s with proliferation in the 1990s. When the United States was attacked by a terrorist group on 9/11/2001 laws were loosened on surveillance of citizens leading to degradation of civil rights. At that time, Pluto in Sagittarius was opposed by Saturn in Gemini.

The Left Brain and the Right Brain

Although science has questioned the absoluteness of this claim, in general the left brain is commonly associated with analytical reasoning and the right brain with creativity and synthesis.

We might say the left brain is Gemini/Virgo because they are analytical and the right brain Sagittarius/Pisces because they are more prone to philosophize and synthesize. Gemini and Virgo are ruled by Mercury and Sagittarius by Jupiter and Pisces by Neptune (and Jupiter to the ancient astrologers).

What’s fascinating today is that 2.5 quintillion bytes of data are produced each day. Only machines can process this much information, not humans. Our left brains are overwhelmed.

Possibly due to the overload to the left brain, the right brain seems to have developed an independent life. If Mercury is the left brain, Jupiter and Neptune (which rules film and photography) are the right and are responding with images – visualization, photos, memes, emojis, gaming, film and binge “watching.” Video games and TV series are especially designed to be addictive.

In direct response to the technology evolution over the past decade, audiences are consuming information in new ways, from smaller, more portable screens on mobile devices to third-party apps and discovery platforms. The result has been a shift in content consumption preferences, and 91% of consumers now prefer interactive and visual content over traditional, text-based or static media. To stay current, businesses in every industry are striving to meet the mounting demand for visual content as they revise their multichannel content strategies.

Ninety-one percent prefer visual and interactive! What will happen to the word? How can complex concepts be communicated? What does this mean for journalists?

War correspondent Marie Colvin died while presenting the world not just with words but with images of the cruelty of war: 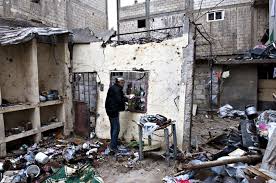 Syria “killed the messenger” who took extreme risk in entering a war zone that described by Colvin herself was simply the slaughter of innocent and unarmed civilians.

Colvin took these risks in order to “bear witness” to the atrocities of mankind and seek the attention and assistance of the wider world.

A picture is worth a thousand words, it is said. However, pictures don’t truly tell stories. Words tell stories and pictures demonstrate the story. Pictures without words are interpreted in many ways.

Hopefully as Pluto has destroyed and transformed our communications we can balance the inner journalist with the inner philosopher and synthesizer to understand our world using both pictures and words. A picture is worth a thousand words but trusted, worthy journalism can ensure we have the accurate thousand words.

I'm just another soul trying to make sense of the world. As I've grown, so has my understanding of astrology. I'd like to communicate that astrology is not occult and not fortune-telling but that it is a fluid, creative description of the life we choose to live.
View all posts by ohioastrology →
This entry was posted in Planets and signs and tagged astrological mercury, left brain astrology, Mercury, Ohio astrology, right brain astrology. Bookmark the permalink.